Student Voice announces the appointment of Taylor Kahn-Perry and Megan Simmons as the organization's new Executive Director and Associate Director. 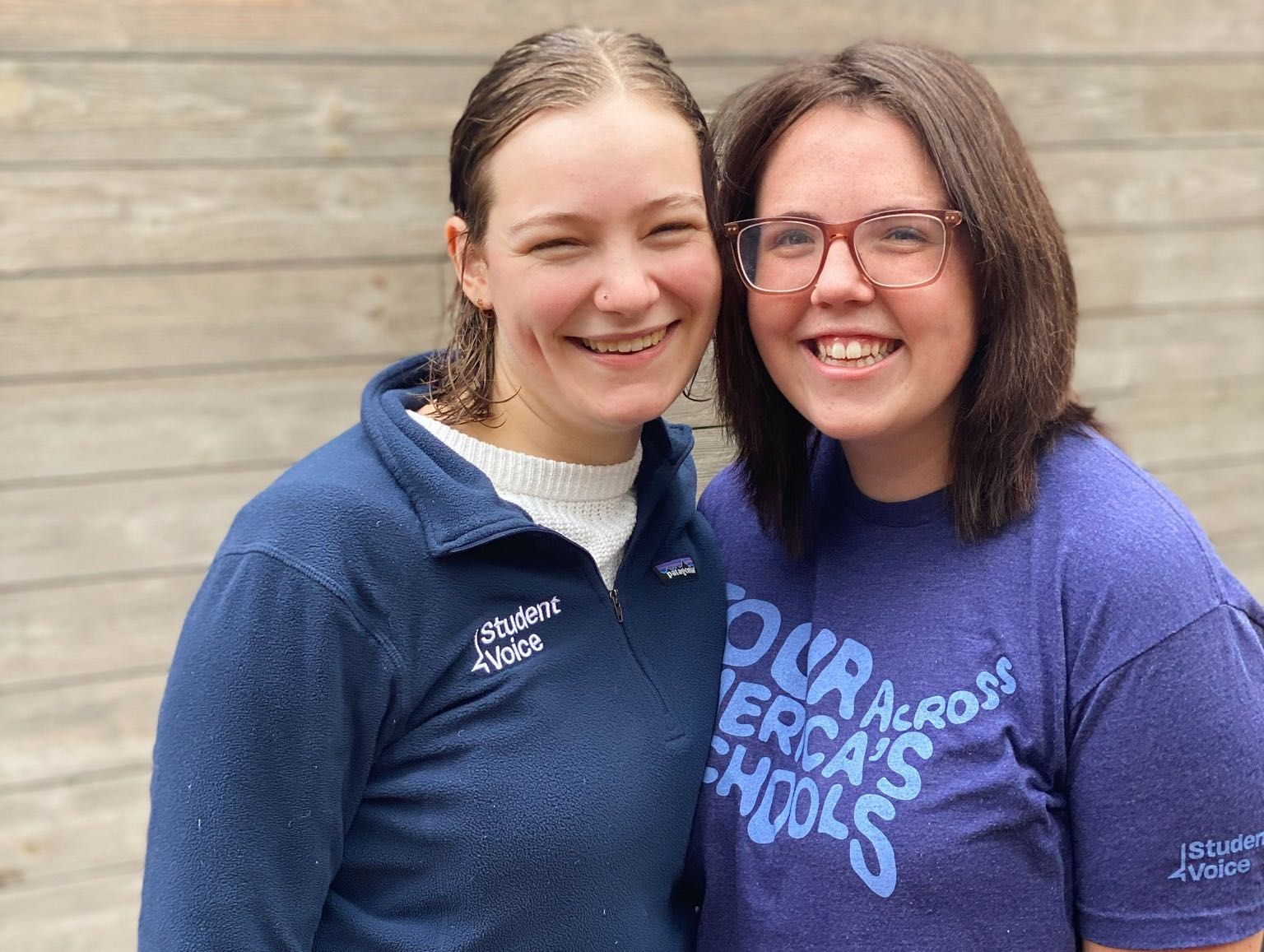 Kahn-Perry, a second-year student at Georgetown University in Washington, D.C., was formerly Student Voice’s Journalism Fellowship Coordinator and participated in the first cohort of the organization’s ambassador program. In the program, she successfully advocated for stronger mental health supports for students in her hometown of Charleston, South Carolina.

Simmons, a third-year student at Barnard College in New York, New York, formerly served as the organization’s director of strategy, where she oversaw Student Voice’s programs, national tour and strategic initiatives. In her previous role, Simmons worked with over 1,000 students and 200 teachers and administrators to further the student voice movement in their schools and communities.

Both Kahn-Perry and Simmons bring extensive experience in the fields of educational policy, storytelling, community organizing and organizational development to their new roles.

Merrit Jones and Ian Coon, Student Voice’s previous Executive Director and Associate Director, have stepped down from their roles effective immediately. Jones will serve as the President of Student Voice’s Board of Directors, where she will continue to guide the organization’s work.

“I am committed to listening to the stories of students organizing for better education across this country,'' Taylor Kahn-Perry said of her new role. “This organization has already taught me so much, and I know there is so much more to learn and that young leaders are the best teachers.”