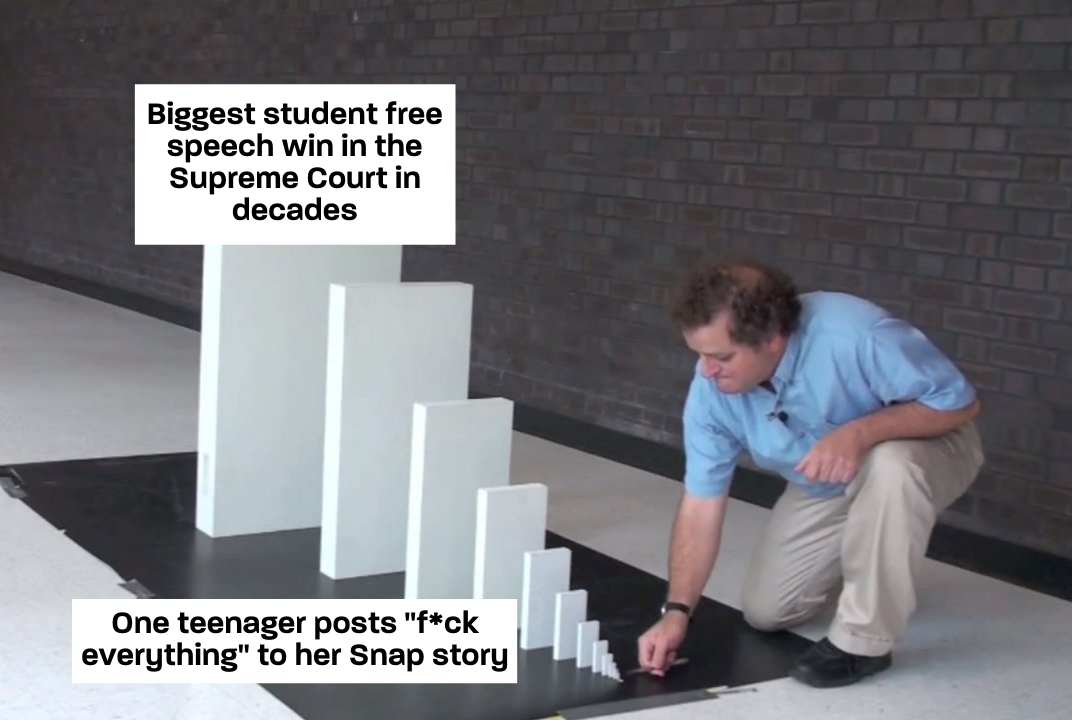 Student Voice celebrates the news of the Supreme Court’s ruling in Mahanoy Area School District v. B.L. In an 8-1 decision, the Supreme Court reaffirmed students’ rights to free expression outside of school and on social media. In his majority opinion, Justice Stephen Breyer characterized schools as “nurseries of democracy,” reflecting the critical role of student free speech in advancing justice in U.S. history.

In a story in NBC News, Student Voice Communications Director Jenna Yuan shared more about the process of filing the amicus brief and why Mahanoy’s decision was so important to the future of student activism. The full article can be read here.